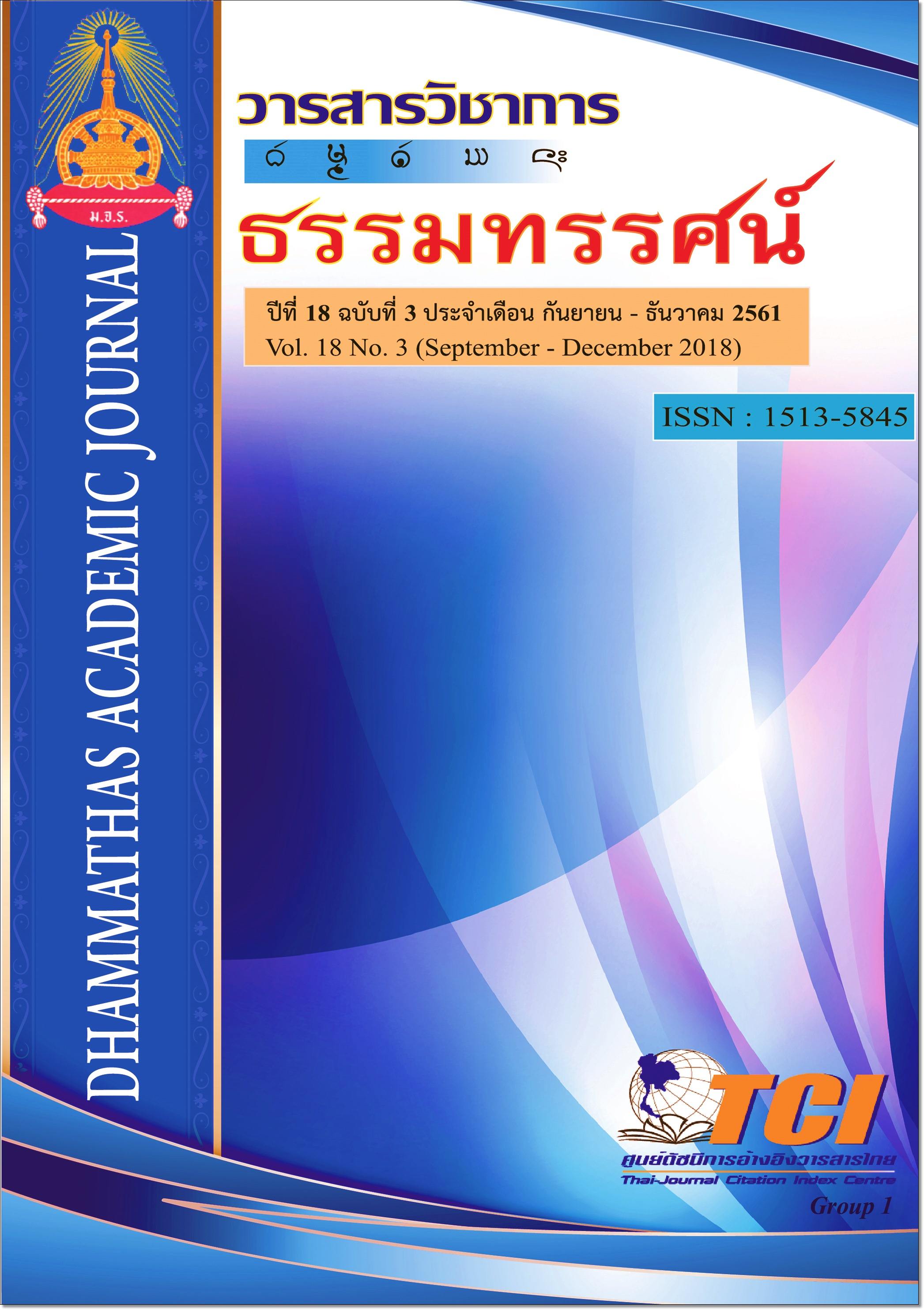 The aims of this research were: 1) to study the background of Bhikkhunī (female monks) in Buddhism; 2) to study their roles in Buddhism; 3) to study the analysis of their roles in Buddhism. This study employed the method in Documentary Research in collecting the primary data from the Thai Tipiṭaka and secondary data from documents, academic papers, books, texts and relevant research. The data then were analyzed
emphasizing on the research objectives by the deductive method.
The research results were as follows:
1. Ancient Indian societies have deprived women of their religion and denied their religious affiliation because of the values of society and customs. However, the Buddha admits women to be ordained in Buddhism from every caste without restrictions. The first nun was born Maha Pajāpati Gotamī, who was raised in Buddhism by requesting the permission of Ananda after five years enlightenment of the Buddha. Then there was a number of Buddhist female Bhikkhu ordination.
2. There are five aspects of the female roles: 1) propagation of Buddhist teachings, those who played an important role included Rupanundatherī, Dhammadinnātherī, Bhaddākuccānātherī; 2) educationcontribution:Bhaddākuṇḍalakesātherī, Siṅgalamātātherī; 3) governance: Maha Pajāpati Gotamī, Paṭācārātherī, Sakulātherī; 4) culture preservation: Khemātherī, Ubonvannātherī, Soṅātherī, Bhaddakāpilānītherī; 5) public assistance: Kīsāgotamītherī and Siṅālamātātherī.
3. Bhikkhunī Sangha has played a leading role in five aspects as a Buddhist 3. Bhikkhunī Sangha has played a leading role in five aspects as a Buddhist community in integrating the Buddhist doctrines into each era, aiming to create a good society. There was a free education system so that without any social class, everyone can access education. The discipline is a tool of governance, respect for morality and seniority. It also has a good culture of respect for personal rights and the gratitude to the ancestors. In conclusion, the role played by the Bhikkhunī in five aspects is of great benefit to the refinement of the minds of the people and to the benefit of the society by creating peace in the world society.