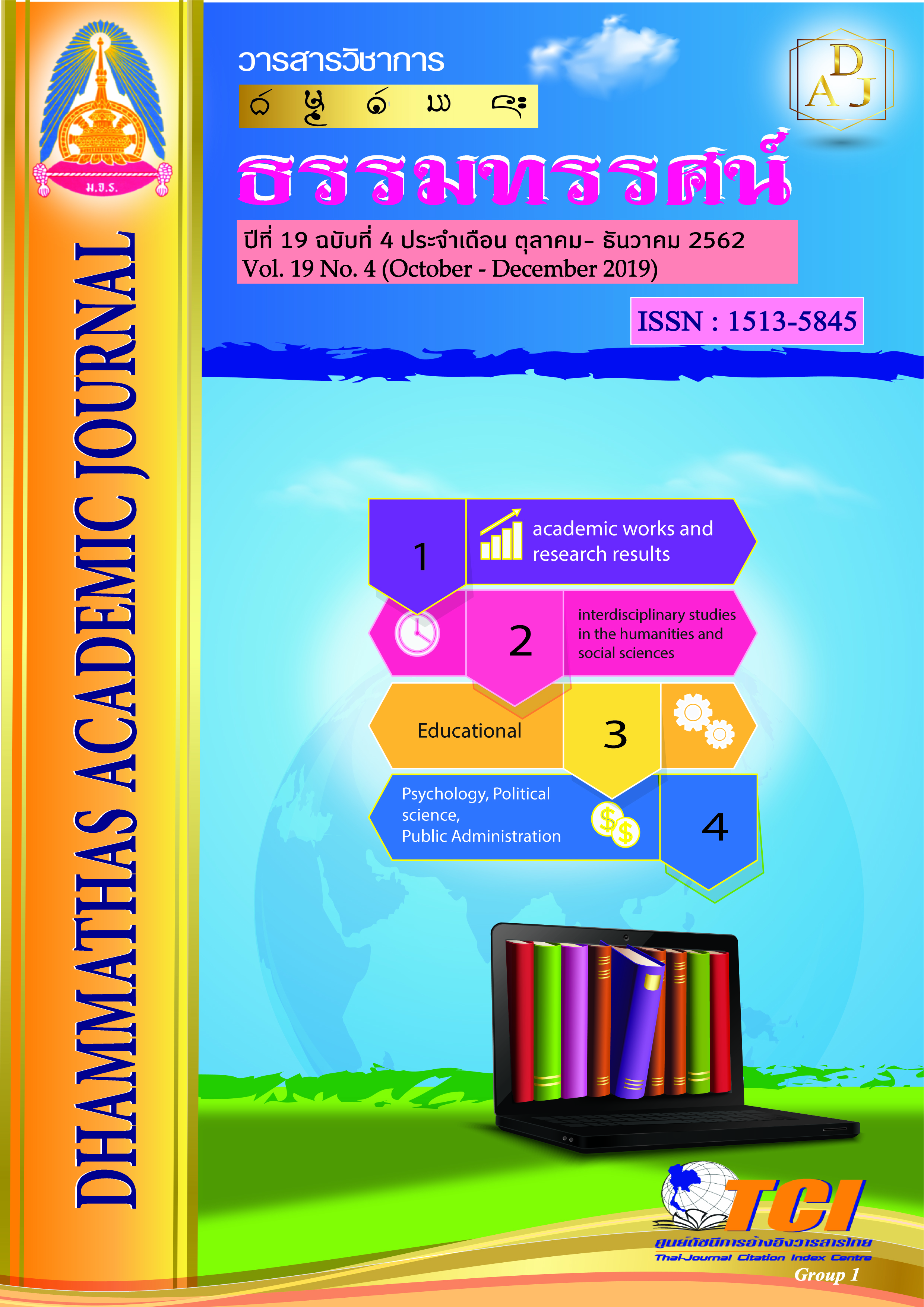 The name of this research is the analysis of Karma Principles and administering of results in Culakammavibhangasuttas there was an objective to study about the reaction of Karma in Buddhism. For the analysis of Culakammavibhangasuttas it had qualitative research.
The solution found that: the Karma Buddhist Principles and in Culakammavibh angasuttas, talked about the actions of the people. Something was done, and it had an adverse effect affilicted upon them. There are three types as follows: 1. Karma was affected by the mission effects, 2. Karma was affected before, or after the reaction, and 3. Karma that was affected by a period of time. Karma has three principles, for example physical actions, words, aggression, and from the mind. Karma had affected the outcome of the actions; in order to make individuals to be human in the Karma action 12 can cause an affect in the period of time, by the mission, and the mind. The same type of effects of Karma actions, can affect many results. The Karma actions that didn’t show the results yet, made people think that they are finished with actions of Karma already. It’s strong already, but it hasn’t been completed yet. Also, these actions may not possibly show in this lifetime.
The principles of Buddha, showed both the good and bad results. For the Karma actions that were completed in this life, will have an affect on the next life, for example: 1. Some people have a short life, because they killed an animal before. A person that has a long life, never killed someone before, 2. There has to be a lot of illnesses and disease, because individuals hurt or bothered animals before. In order to not have disease or any ailments, individuals shouldn’t hurt or disturb animals, 3. The person that has bad skin, means they love to be an angry person. People that has good skin, doesn’t have anger problems, 4. The person that has Lo-So status, is because they are jealous all the time. As for the person that has Hi-So status, they aren’t jealous, 5. People that don’t have a lot of money, is because they donate to much. For individuals who have a lot of money, they don’t donate too much, 6. People who were born in a Lo-so family, is because they were disrespectful in their past life. Furthermore, for people born in a hi-so family is because they were respectful and had good demeanor in their past life, 7. People that don’t have a strong connection with religion, don’t love to learn about good principles. In addition, as for people that have a strong connection with religion love to learn about good principles.