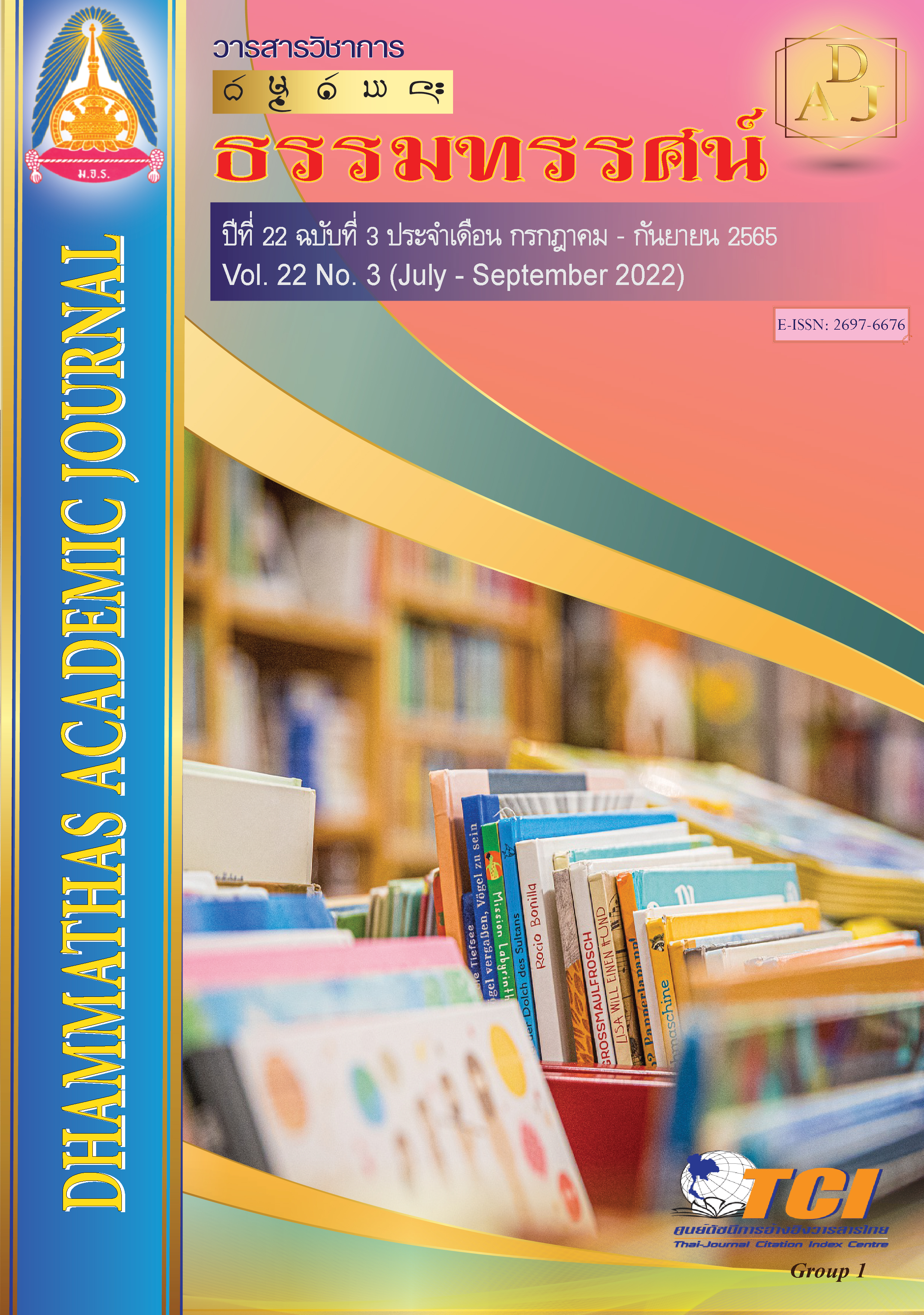 The objectives of the research were: 1) to study the level of application of Buddhist principles in the sufficiency economy philosophy in Na Udom villages, Nikhom Huai Phueng Subdistrict, Huai Phueng District, Kalasin Province, 2) to compare the application of Buddhist principles in the philosophy of sufficiency economy with Na Udom villages classified by personal factors. This was quantitative research. The population consisted of 376 Na Udom villagers. The samples were obtained using the Taro Yamane formula. The samples were 194 people. The instruments used in the research were questionnaires, data analyzed using the SPSS program, the statistics used were percentage, mean, standard deviation, independent sample t-test, and one-way analysis of variance: ANOVA.
The results showed that:
1. Applying Buddhist principles in the sufficiency economy philosophy to Na Udom Village Overall, it was at the highest level (

= 4.38, S.D. = 0.35) and in each aspect in descending order as follows: lifestyle, Dharma practice, Buddhist culture, and traditional beliefs, traditions, and rituals, respectively.
2. The results of the comparison of opinion levels in living according to the sufficiency economy philosophy with different status in terms of sex education levels, age and occupation were found to differ significantly at .05 level. As for the average monthly income was found that there was no statistically significant difference at the .05 level.