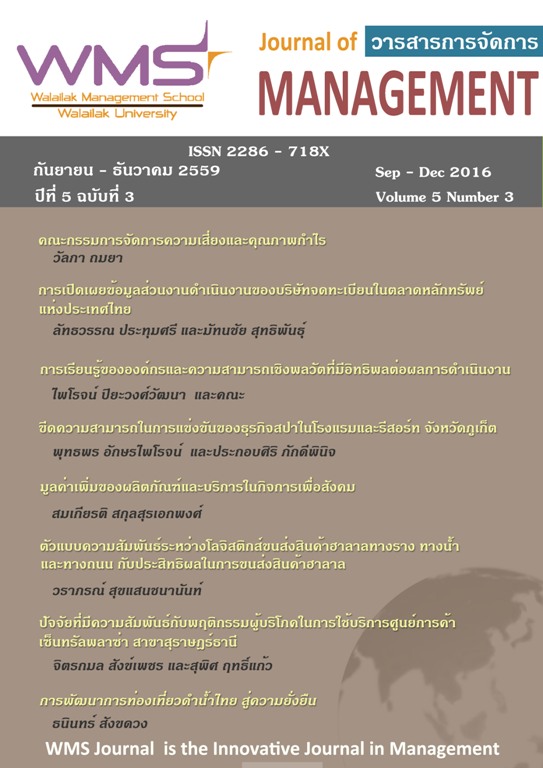 The objectives of this study are 1) to study consumer behavior at Central Plaza, Suratthani 2) to study factors affecting consumer behavior at Central Plaza, Suratthani. Questionnaires were employed as the instrument to collect the data. The sample of the study was 400 people. The percentage, means, standard deviations were used for the descriptive statistic analysis while the inferential statistic Chi-square was employed to test the relationship between the factors.

The results revealed the major factor affecting consumers’ visits to Central Plaza, Suratthani was the traveling distance. The decision to use the services was made individually. Services, last in about 1-2 hours each visit, were mostly used on Saturdays and Sundays between 04.01 PM and 06.00 PM. The frequency of visit was 2-3 times/month. Most purchased items were clothing/leather/shoes while most popular services were restaurants/fast food. The expenditure for each visit ranged from 500 - 1,000 baht.

The hypotheses testing at the statistical significance level of 0.05 has revealed that the personal factors (residence, gender, age, educational level, status, monthly income occupation) and the marketing mix (7Ps) factors are associated with the consumer behavior at Central Plaza, Suratthani while the psychological factors, including motivation and information perceptions, were not associated with time in using services. 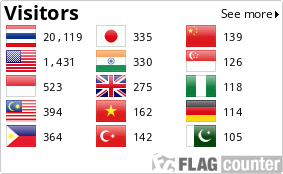