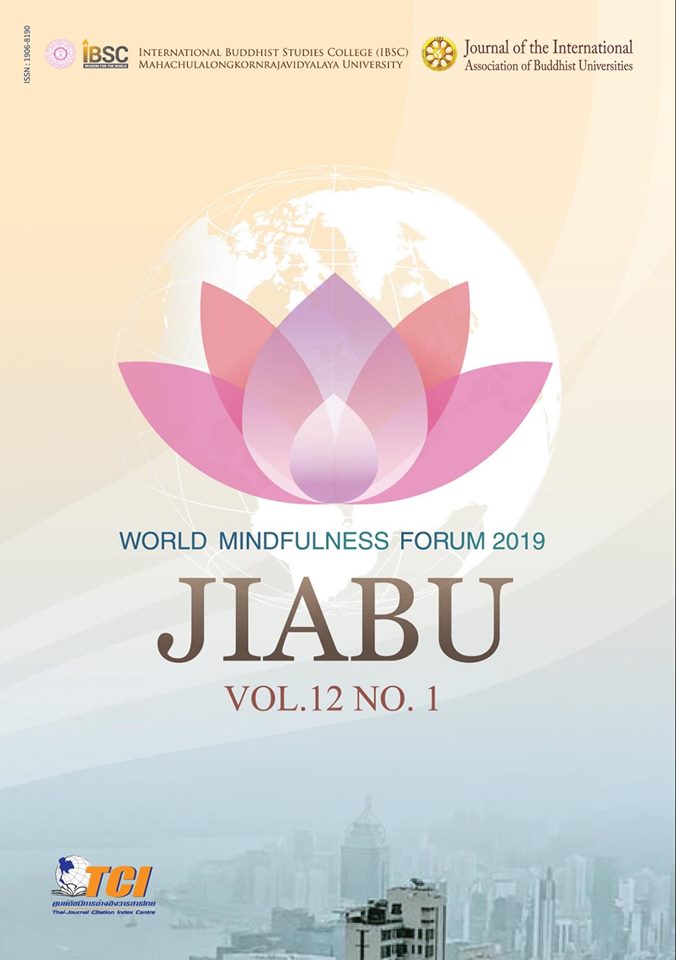 By the variants found in the textual expression among different versions of the
Pra jñāpāramitāhṛdaya, the Heart Sūtra, this article tried to ask and answer the questions
which nobody has asked before in the academic field: Why the extant Sanskrit texts are
treated as the original form? If they are something that has been altered, in what sense
that they can be used as the base of comparison? Simply speaking, how do we know that
they are the most primitive appearance? By some basic arguments and the study of the two
crucial differences among different versions of the Sūtra, the researcher discovered that the
scripture had been undergoing a chain of alternations due to sectarian thoughts differences
between schools. The earlier version consists of thoughts of the Mādhyamika school was
later altered into a form which is correlated to the doctrinal ideas of the Yogā cāra school.
These ideas involved the concept of seeds, Ālayavijñāna, its related aspects as well as the
Three-natures. All of these ideas are the core doctrines of the Yogācārian teachings which
gave them no choice but to delete the Mādhyamikan sole acceptable sentences in the original
Sūtra. The extant Sanskrit text also shows such alternations which means it is without a doubt
belong to the product of the later stage of Buddhism development.