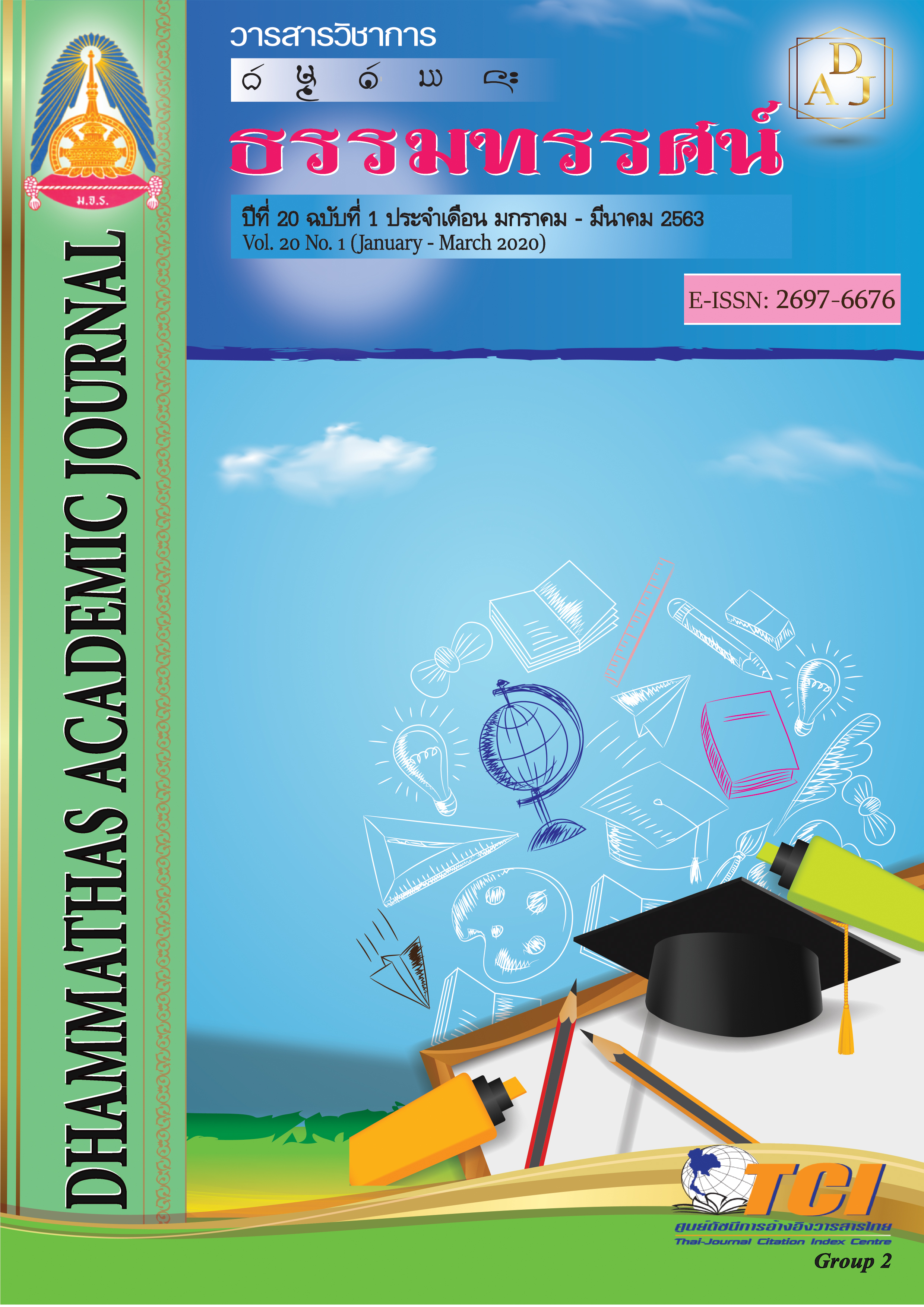 The research is the following objectives: 1) to study the knowledge from local wisdom with participatory between universities, communities, and Ban Kok Nong Phue School; 2) to practice the skills in the production of the documentary of Ecotourism case studies in Ban Kok Nong Phue, Nong Bua Subdistrict, Kosum Phisai District, Mahasarakham Province; 3) to study satisfaction on the documentary of ecotourism cases. Which is
integrated research through 4 missions, including teaching, research, academic services and preservation of art and culture. There were 48 samples. The research instrument was interviewed by a participatory sample, Satisfaction survey form, Ecotourism cases and the data were analyzed by descriptive description.
The research found that:
1. From the knowledge of local wisdom with participatory among universities, communities and schools, summarized the following points of interest: 1) Social communities will respect the democratic regime, respect and follow the principles of reverence, morality, wisdom, and harmony. Is a Buddhist cultural society 2) Making mats from cocoon grass is due to the invention, adapted from weaving mats, found in many communities 3) The production of mats from cocoon grass and mat patterns. Considered as the identity of the community, there are specific production methods differ from other communities. 4) The community will prepare mats from the nesting grass as souvenirs for visitors or relatives and some were prepared for sale.
2. Result of satisfaction assessment form for the achievement of integration to practice skills in producing the documentary of ecotourism, overall of teachers and students most satisfied both the knowledge and experience gained and the benefits.
3. Satisfaction assessment results on the documentary of ecotourism after watching the case, 1) Community leaders, villagers, teachers and students of Ban Kok Nong Phue School very satisfied and 2) the students who participated in the project were also very satisfied.

Gager, C. T. (1998). The Role of Valued Outcomes, Justifications, and
Comparison Referents in Perceptions of Fairness among Dual-Earner
Couples. Journal of Family Issues, 19(5), 622–648.

Kannika Jermthianchai. (2012). A Documentary for Local People in Amphur Pai,
Mae Hongson Province, for the Realization of Awareness of the Conservation of Eco-Tourism Locations Rajabhat Chiang Mai Research Journal, 13(2), 146-153.