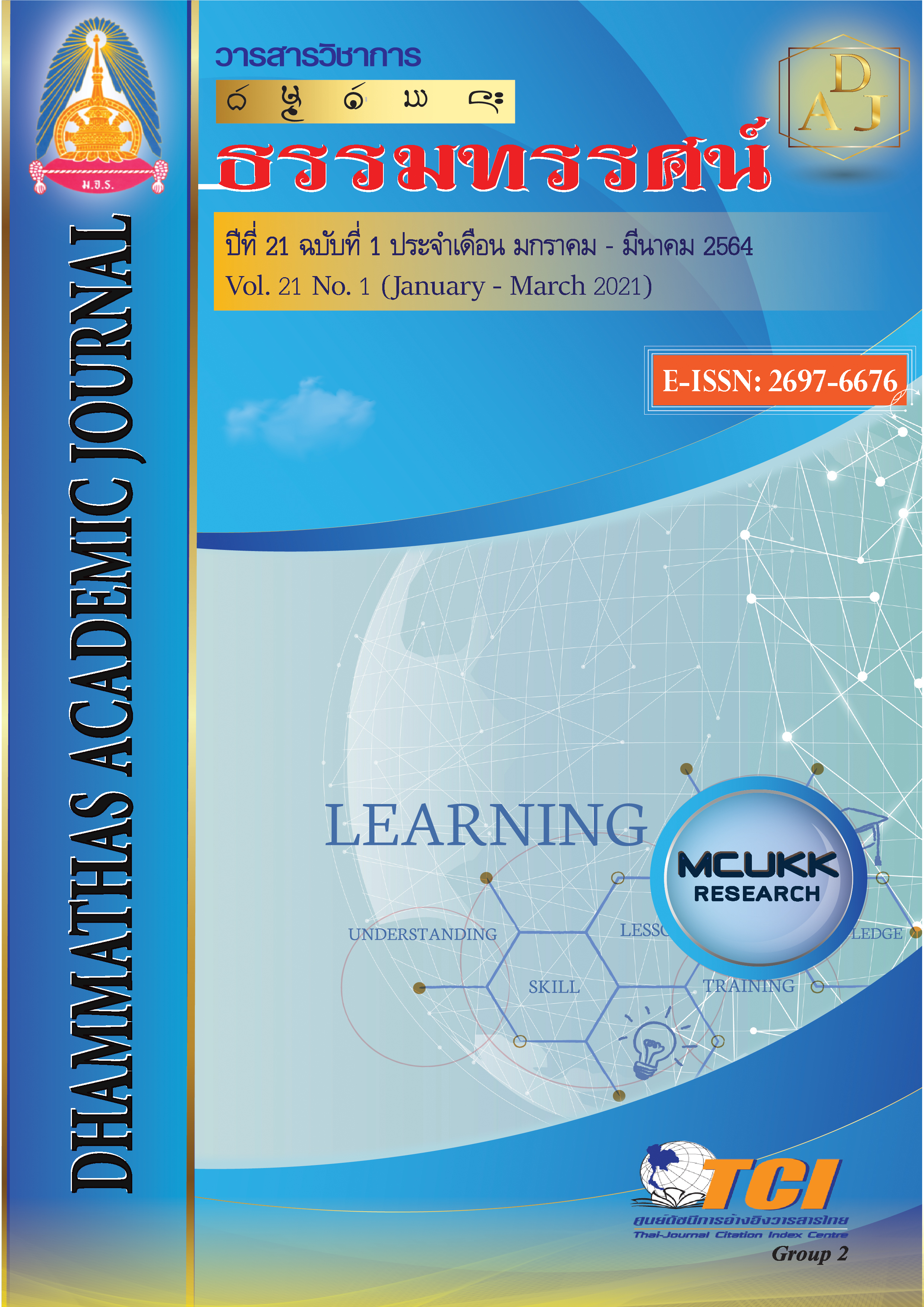 The purpose of this research is; 1) to study the concept of the universe in the Tipitaka, 2) to study the concepts, philosophy and literature of universe description (Cakkavaladipani), 3) to analyze the philosophy in literature of universe descriptionIs, This is a document research by collecting data from primary and secondary documents, the data were analyzed using descriptive method, inductive method.
The research found that:
1. To study the concept of the universe in the Tipitaka is a concept about the nature of the world that is related to the concept of mind, karma, path to the heaven and path to the hell and that universe is also the dwelling place of all beings: hell creatures, monsters, beasts, humans, angels, and Brahma, which are divided into 3 worlds: 1) Sensuous World (Kāmabhumi) 2) The fine material worlds (Rupabhumi) and 3) Immaterial world (Arupabhumi) which is the place of origin of the beings according to their deeds.
2. Philosophical concepts are related to the existence of a human being with doubt and then ask questions in order to find an answer to his own suspicion by seeking reason or truth based on divided philosophies: 5 Main Disciplines, Including Metaphysics, Epistemology, Ethics, Aesthetics, and logic Literature of the universe that found that Ven. Sirimangalajarn compose the universe. The content is divided into 6 chapters, namely
1) Chakkawalrupathinithes 2) Patthanitthet 3) Chalasitthet 4) Thipniithet 5) Phuminithes 6) Pakinakavinijaya.
3. In the literature of universe description can synthesize into the metaphysics of all 3 theories which are 1) Meterialism 2) Idealism and 3) naturalism. In the epistemological dimension it is found that epistemology is just a process of accessing the landscape through the path of meditation. And in the ethical dimension, it is found that the various animals to be born in the two World because of the consequences of one's actions. In while living with the thought that go in two ways, namely the unhappy place and the divine place and found that in the literature of universe description, this chapter does not focus on metaphysical problems and epistemology, but rather focusing on ethics because it causes all beings to be born in different worlds.