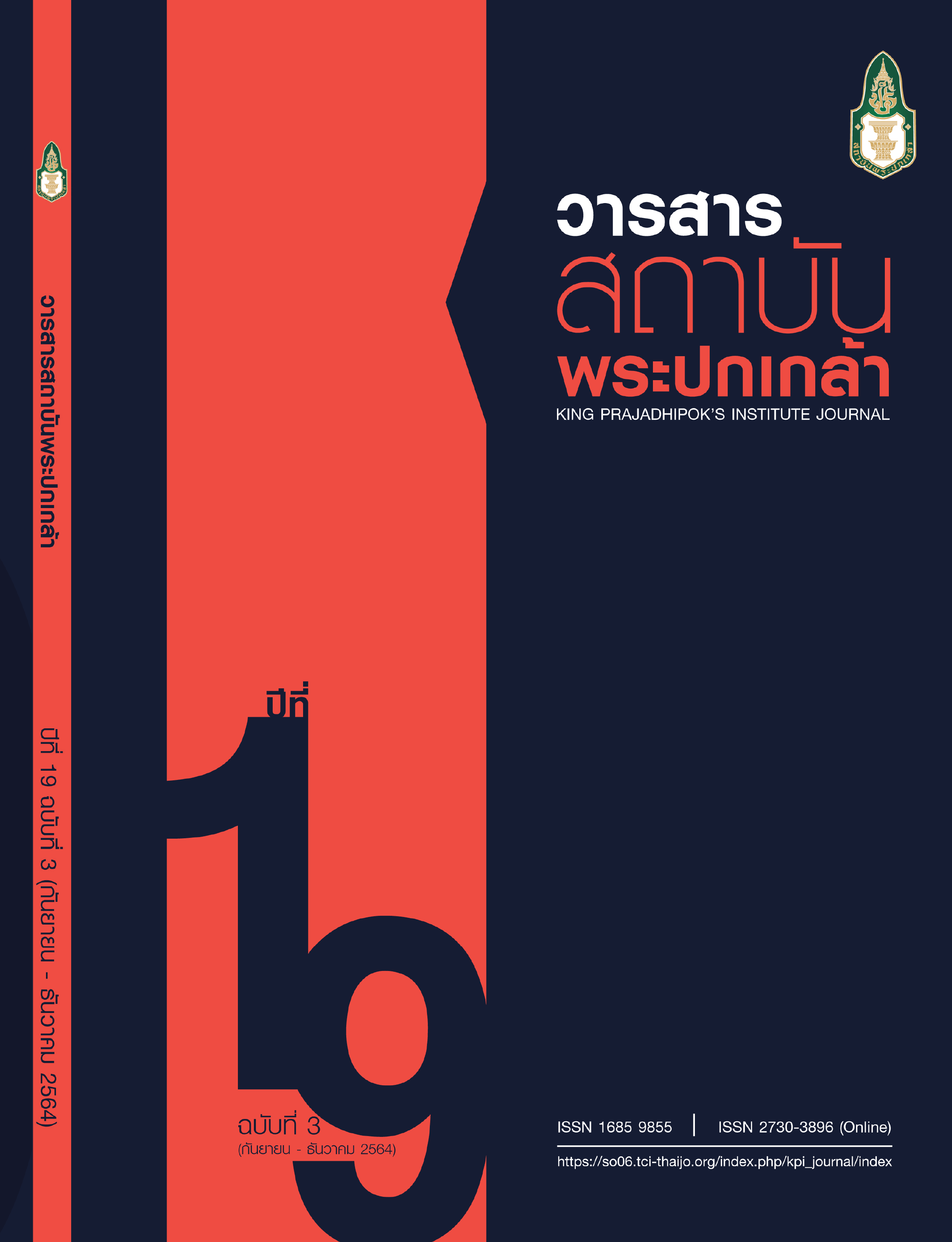 This research aims to study the role and operation of The National Human Rights Commission of Thailand (NHRCT), in accordance with the constitution of the kingdom of Thailand to present guidelines for promoting the efficiency of NHRCT operations appropriately. The qualitative research was used in group discussions with 58 persons, located in 5 areas where the coordination center of NHRCT. Analyze data with documentation, content analysis and analytic induction. The result showed that NHRCT was able to perform duties according to various indicators, but faced various problems and limitations from internal factors and they did not cooperate with other agencies. An analysis of the roles and operations of NHRCT revealed that the perception of the roles and operations of NHRCT was relatively low both at the central and local level. People and civil society have little confidence in their work and lack of trust. As for the appropriateness of the NHRCT recruitment process and qualifications, most still agree. However, it should be noted that the origin of the NHRCT is still linked to the people and the stipulated nomination process hinders the people's sector representatives from having the opportunity to be elected. Appropriate approaches to promoting the NHRCT's operational efficiency include amendments to legislation enabling the NHRCT to work more on protecting people's human rights and amend the number and eligibility of NHRCT tenants. A provincial or regional NHRCT office should be established as its own agency and resources should be allocated sufficiently. There must be a selection and development of personnel to work at the local level with access and understanding of the people. Modify the way it works to make people feel easily accessible. The image of the NHRCT has to be improved in its work and NHRCT must work with the media and social media to be a channel to educate and raise awareness of human rights protection.  NHRCT's performance must be presented to the public during the year and feedback is provided to the public to help people understand the work process as well as to build more confidence in the NHRCT to the public.

How to Cite
อุดมพงษ์ เ. (2021). A Study of Roles and Guidelines for Enhancement of Performance of the National Human Rights Commission of Thailand According to the Constitution of the Kingdom of Thailand B.E. 2560. King Prajadhipok’s Institute Journal, 19(3), 29–47. Retrieved from https://so06.tci-thaijo.org/index.php/kpi_journal/article/view/249402
Issue
Vol. 19 No. 3 (2021): King Prajadhipok's Institute Journal (September 2021 - December 2021)
Section
Research Articles