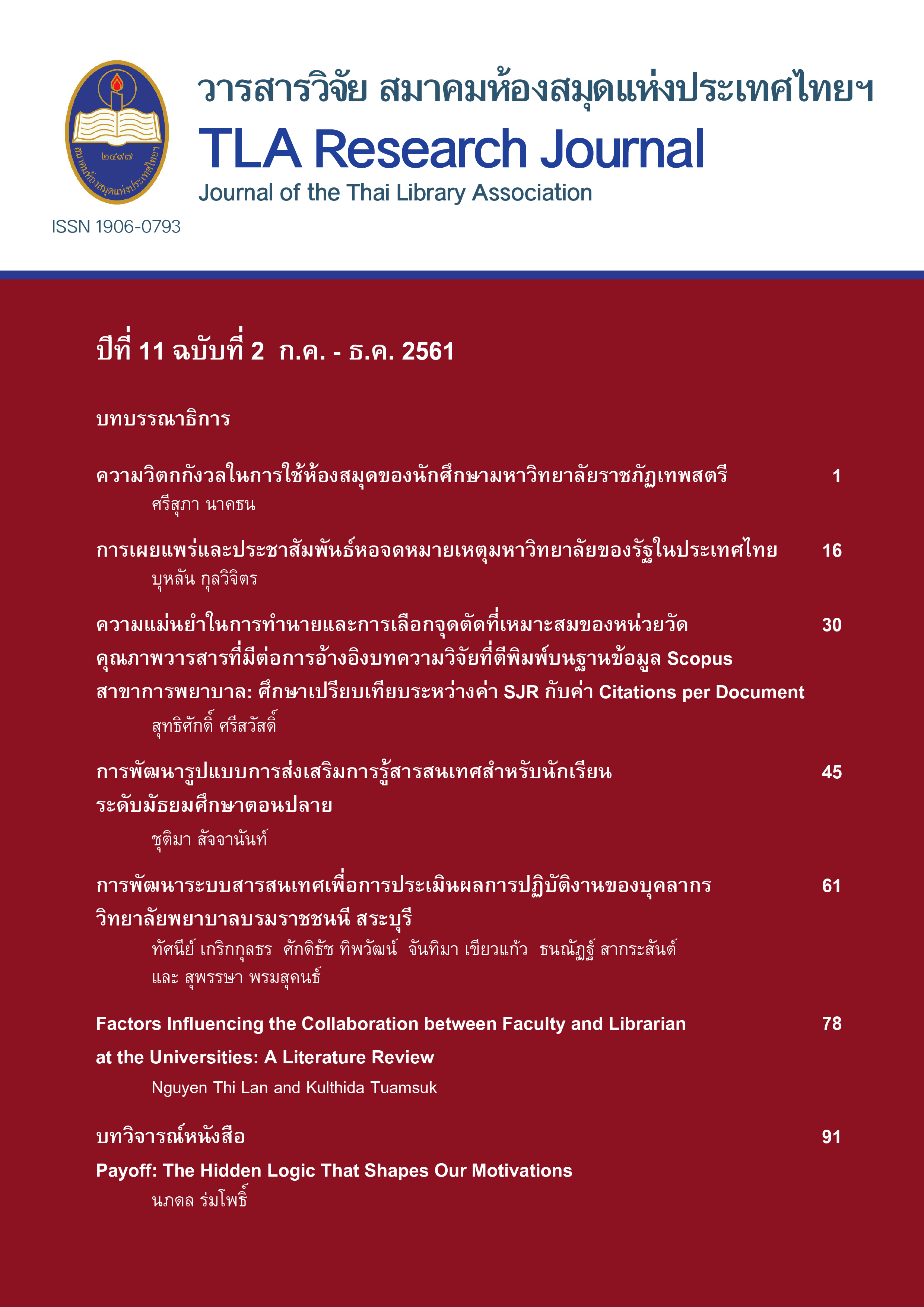 The Purposes of this study was to compare the predictive accuracy of two citation-based journal metrics including SJR indicator and Citations per Document (CPD) indicators in the past two, three and four years to number of citations on Scopus nursing journals. Another one aim, we also investigated to determine the optimal cut-point for citation predicting when the dependent variables were dichotomous scale of citation counts (1 time, 3 times, 5 times, 10 times and 20 times). The sample size was 510 Thai research articles published on Scopus nursing journals since 2009-2014. We chose the Roc Curve study method to compare the area under the curve between two citation-based journal metrics. Youden Index approach and closet to (0,1) approach were used to consider the optimal cut-point.

The result of this study revealed that both citation-based journal metrics had high accuracy in citation predicting (AUC=0.77-0.88). The 2 years-CPD had area under the curve statistically significantly higher than SJR indicator for citation predictive at 5 times level and 20 times level. For the optimal cut-point study at the first time citation level, we found that if the article was published in journals with SJR above 0.47 or 2years-CPD above 1.16, there was a chance of article was cited (Se=0.70, Sp=0.74) and (Se=0.70, Sp=0.82) respectively. The results can be used to plan the appropriate selection of journals for international publication and leading to the achievement of research strategy goals in term of international research publications and citation index or h-index of researchers and institutions. 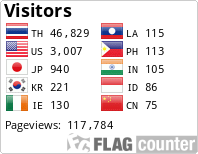