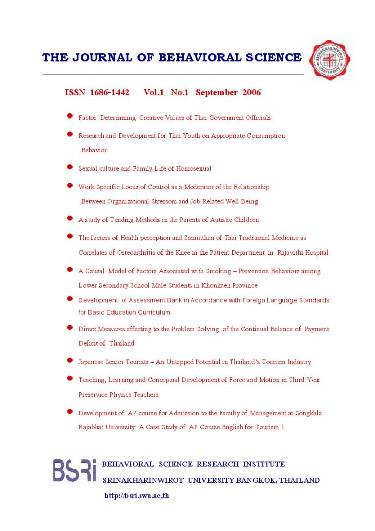 In order to successfully develop the civil service system, government officials have to have new values which are accordance with the new system.  A set of new creative values proposed to be promoted in officials includes moral courage, integrity, transparency, nondiscrimination, and result orientation.  Before promoting the creative values, research had to be conducted to clarify some related aspects of the creative values.  Each outstanding group of every value, as well as the total value, was compared with an ordinary official group.  Questionnaires measuring 12 predictors and 5 dependent variables were utilized. Discriminant analyses revealed that organizational citizenship behavior, attitudes towards behaving according to the values, and achievement motivation were good determining factors of all values. Moreover, the Four Paths of Accomplishment or Iddhipada and right thinking or Yonisomanasikara were discriminators of some values.