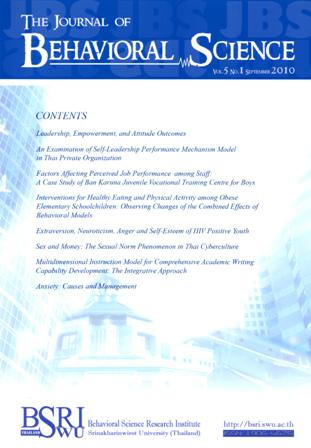 A glimpse at the increasing incidences of HIV positive cases the world over,makes it necessary for behavioral scientists to probe into the psyche of youth,to see what prompts them to become prey to HIV. The present study was anattempt to identify some personality correlates of HIV positive individuals. Asample of 250 HIV positive persons (190 males and 60 females), in the agerange of 15-25 years, from two prominent cities of India (Chandigarh andDelhi) were tested. An HIV free sample was selected from colleges ofChandigarh (125 males and 125 females) to compare with the HIV positivesample. These samples were administered Eysenck’s Personality Inventory,Anger Expression Inventory and Self Esteem Scale. The main findings of theresearch indicated that on the traits of Extraversion and Neuroticism, HIVpositive males scored higher than HIV positive females, while overall the HIVPositive subjects scored higher than the HIV free subjects. The results do notshow any significant gender difference on Self-Esteem; however both the HIVpositive genders show low Self Esteem.