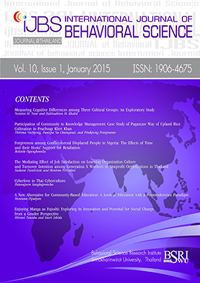 The purpose of the study was to explore two new macrocognitive measures that assessed complex cognitive differences in natural settings among three national groups; Malay, Indonesian and Arab students. The first, the Cognition in Context scale, measured differences in six cultural dimensions and the relationships among these dimensions. The second, the Dynamic Cognition test, measured decision making performance based on two unfolding scenarios. We predicted some shared cognitive processes among the groups due to their common religious denominator but also expected cultural differences because of their different histories. Results of the one-way ANOVA showed significant differences for all subscales of the Cognition in Context scale. Post-Hoc tests showed significant differences in the three groups on the various subscales. The results of the Dynamic Cognition test, however, were less clear. While these findings showed that Malays, Indonesians and Arabs are culturally different in terms of problem solving and decision making skills, due to the different sample sizes, the overall findings cannot be treated as clearly conclusive. Nevertheless, with respect to the two measures, the Cognition in Context scale appears to be more promising than Dynamic Cognition in understanding cultural differences involving complex cognitive tasks.