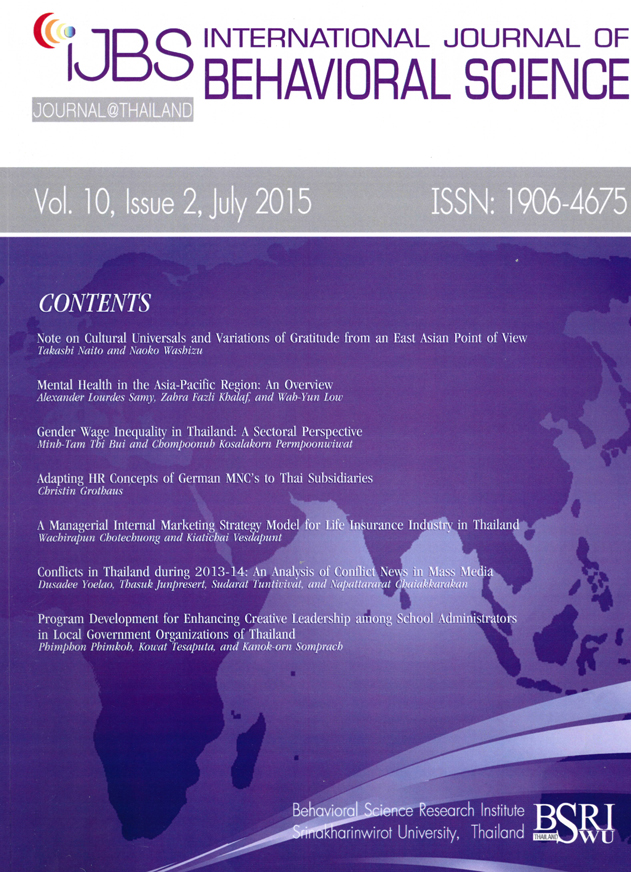 Thailand’s current conflicts have strikingly increased political, social, and economic instability, reduced legitimacy of governance, and undermined the rule of law. The purpose of this research was to examine types of conflicts in 6 social situations in Thailand during 2013-14. A sample of 1,200 conflict news reports from 3 daily newspapers, 2 weekly newspapers, and 3 television news channels were analyzed using content analysis and discourse analysis. The findings revealed that the conflict news reported from the deep southern regions of Thailand showed more violent behaviors than the other five conflict situations- the political conflict, the economic conflict, the environmental conflict, the public policy, and the violence against children and adolescents. All conflict news showed higher proportion of structural conflicts rather than other types of conflict. Moreover, conflict news during the 3 political periods showed differences based on writer’s biased opinion and personal ideology.