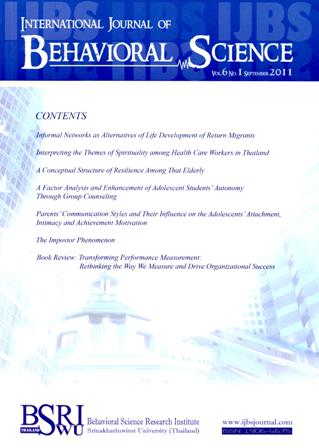 Labour migration is a vital part of modern economies and the management and integration of migrants into the labour force of great importance in fashioning its ability to adapt to and take advantage of emergent opportunities.  This study applied a qualitative approach to exploring how returned migrants re-integrated into society and their informal networks with a view to improving the quality of life of the people concerned.  In-depth interviews and direct observation were used in combination with the content analysis of secondary data.  Findings were mainly based upon evidence from the interviews.  Both skilled and unskilled returnees have regularly turned to informal networks for assistance on their own account, partly because official programs could be disorganized and lack resources.  It has been found that most return migrants find themselves unemployed and have had to turn to access to their informal networks (parents, relatives, cousin and friends) to borrow money, get ideas and suggestions, locate further network connections so as to prepare to enter self-employment and personal investment in ventures such as grocery stores, beauty salons, food street vending and similar.  Returnee management has been disappointing because of inadequate NGO involvement, lack of strategies to mobilize migrants’ knowledge and expertise, and lack of complete and up-to-date statistics, among other constraints.  This has given rise to a new generation of cyclical migrants, who move back and forth across borders attempting to integrate their internally multiple identities and senses of loyalty and belonging.