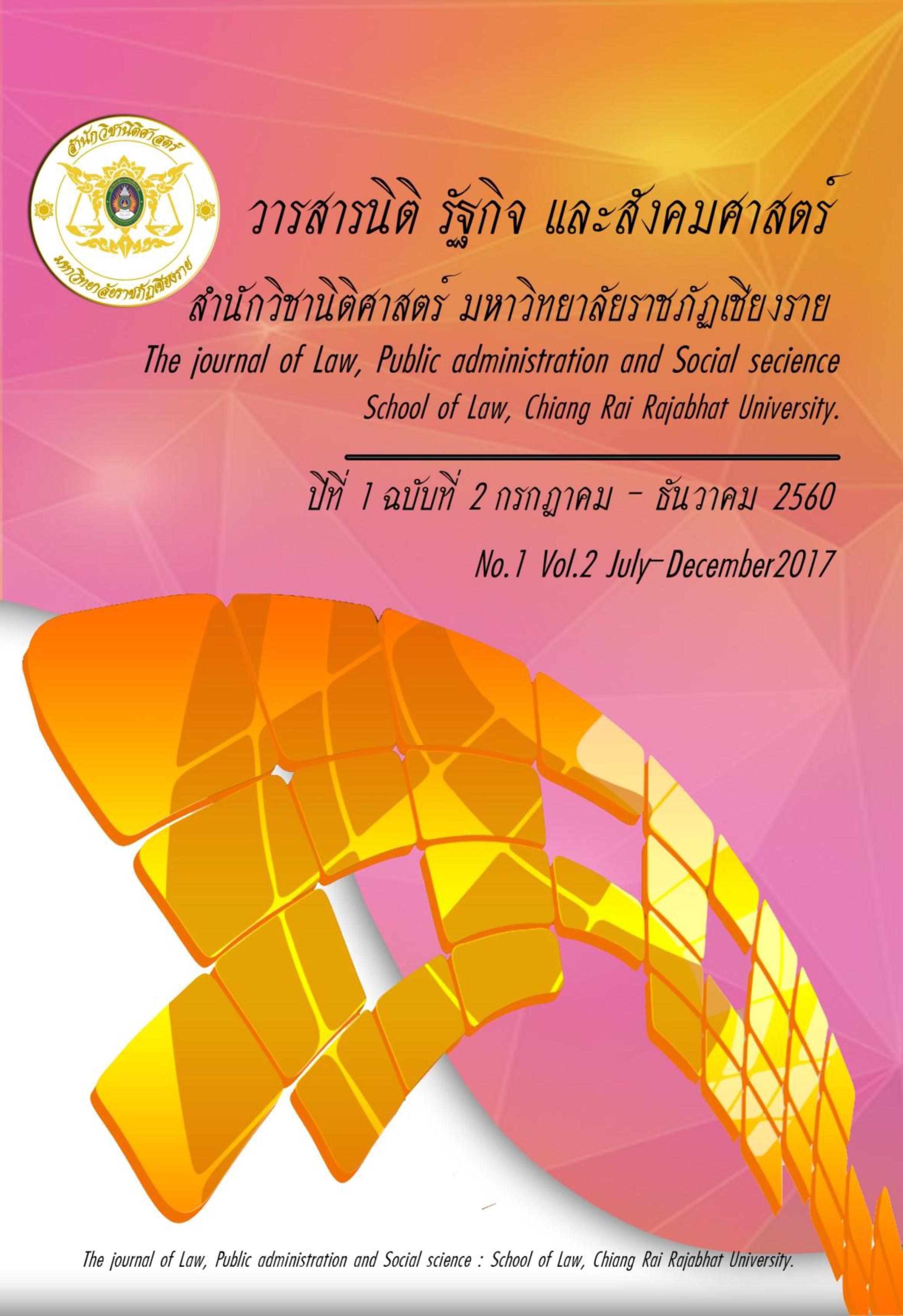 Drugs and Narcotics counter-measure was the significant agenda of the country, in order to reduce the wrongdoers and cure the addicted victims. In the past, the measure was aggressively executed with no distinct strategy available. In present, the plan was integrated with government as a center in proceeding. As well as raising social responsibility awareness of the offender or drug addicts, also, to cure and give back the addicts to the society to live in harmony with others again. This was the sustanable solution to fight the drug crime. The narcotic and drug counter-measure which were systematically carrying out in co-ordination manner with every sector such as police, judge, prosecutor, warden, correction officer. The result was desirable compare to the force management and budget. This article referenced some information from the research “the narcotic and drug counter-measure in criminal justice of muang district, chiangrai province 2016 which author used to studied in the past to criticise the characteristic of crime and punishment including the way inmates were treated in the central penitentiary to be the guideline of those interest in studying the drugs counter-measure in prison of the other part of the country later on.