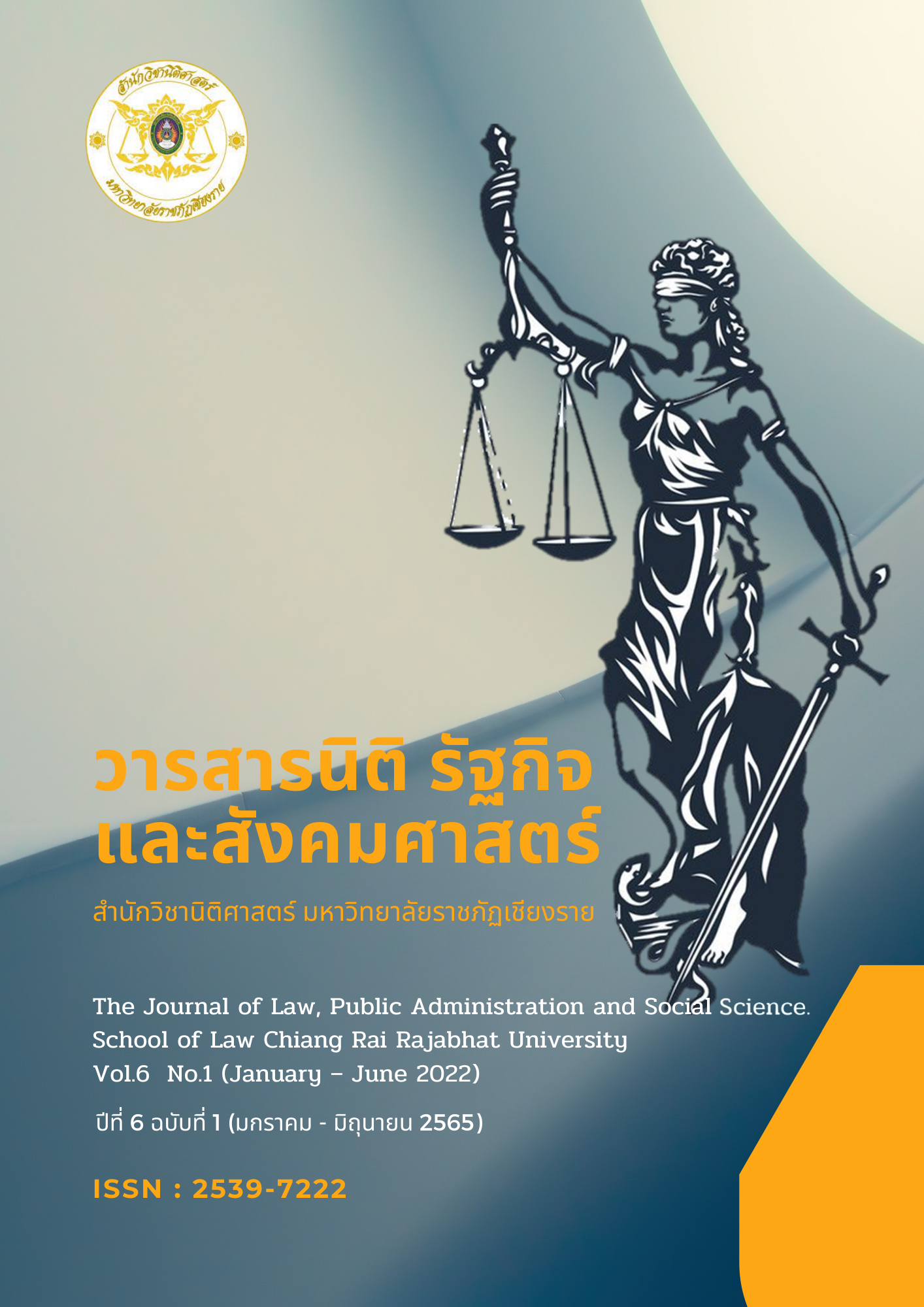 This work is an interdisciplinary research study. It integrates knowledge in tourism management, applied ecology and related laws formulating legal research methodology to present a legal framework for the governance of ecotourism under sustainable development goal 15. The study focuses on the issues of spatial expansion of the tourism sector in terms of public land use as a natural tourist resource that may affect the conservation of ecological values in abandon wilderness of the country.

The research findings revealed the following key points: (1) the land use has been developed as an eco-tourism site in an increasing number steadily where is legally private land 11% and 89% are government land and public land. In the number of eco-tourist sites in the government land can be subdivided into (a) under the Ministry of Natural Resources and Environment which is a conservation area 46% and (b) it is a public interest area under the Ministry of Interior, such as local administrative organizations 42% and others 1% such as the Royal Navy and the Royal projects. Ecotourism governance has a different approach even in the same biogeography. (2) Biodiversity fragmentation depends on the legal boundary cutting off natural landscape from each other along the boundary. Each authority in different Ministry has absolute decision-making power in their legal territory. However, many have similar aim to promote the economy, society, and community and focus on recreation and tourist satisfaction but no serious promotion of knowledge on conservation and restoration of local ecosystems. A permanent structure is being built, especially in the local government. (3) Humans and protected wildlife conflicts are found along national park boundary. Hence, Lack of strict standard-protocol governing ecotourism activities potentially lead towards the problems of pollution contaminating the ecosystem especially in public areas, and loss of biodiversity introduced invasive species. Therefore, in the long run, eco-sties may loss its ecological integrity so would not attract tourists and would be abandoned. Therefore, it is fair to conclude that so far the ecotourism in terms of protecting Life on Land has not been in line with the Sustainable Development Goal 15.