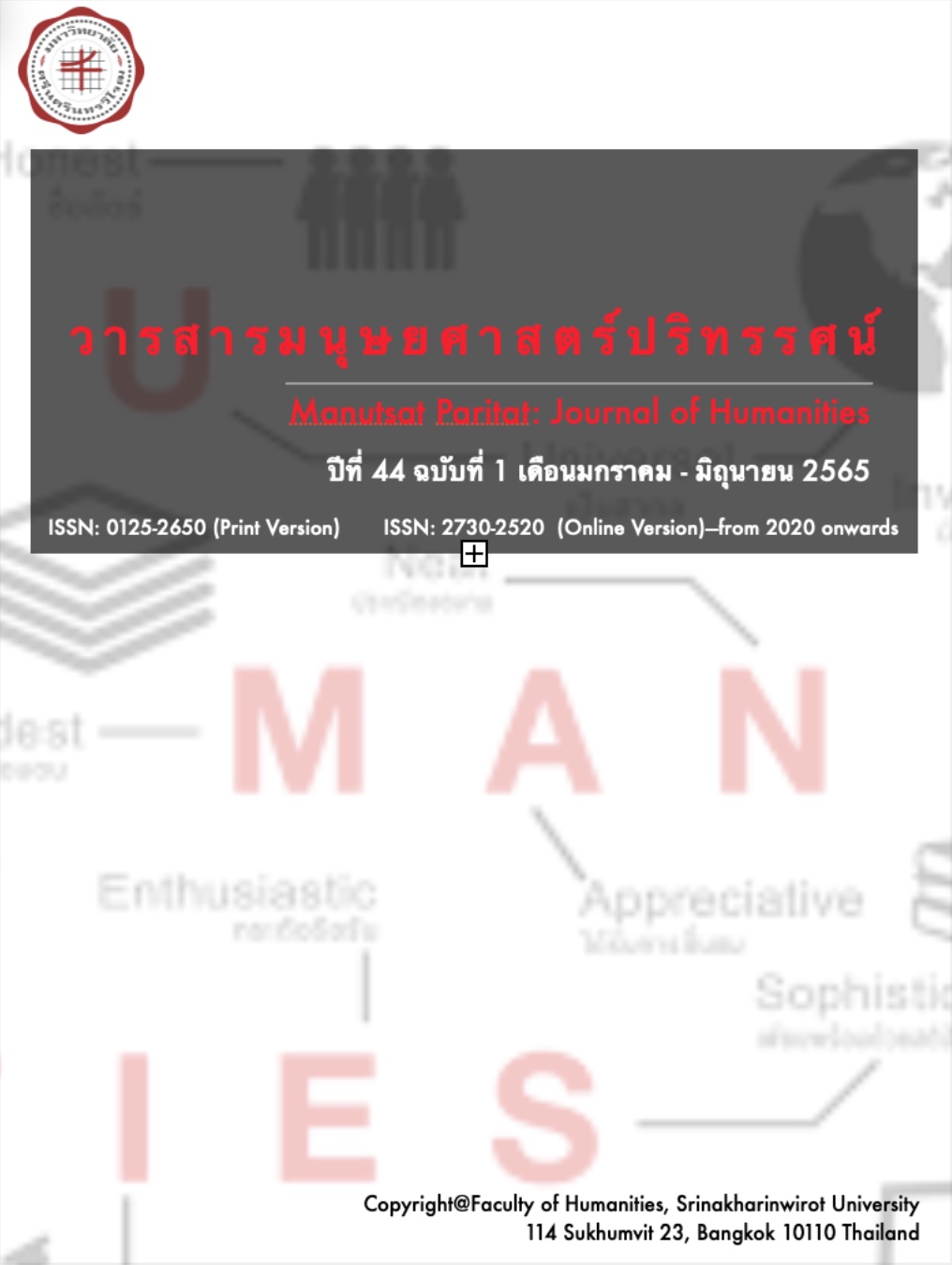 The purpose of this research is to compare how the image of a “Chinese dragon” appears in Thai social media. The research was carried out by collecting, evaluating, and comparing data from 35 websites through Google search engine using the term “Chinese dragon” in Thai. The results revealed that the websites illustrate a Chinese dragon as follows. A Chinese dragon may or may not have its wings. It can fly, and has tail, horns, mustaches, 4 legs, and 3-5 claws depending on the level of the feudal class. Parts of its body are derived from various different animals: Camel’s heads, antlers, rabbit’s eyes, bull’s ears, eagle’s wings, snake’s throat, tiger’s foot, eagle’s claws, frog’s or clam’s belly, and carp’s scales. Green, gold, blue, black, white, red, and yellow are the 7 colors presented on the scales. Green is being used most frequent. There are 117 scales containing 81 Yang/good scales and 36 Yin/bad scales. A crystal ball is on its forelegs. A Chinese dragon is a huge animal that can change its size as needed. 9 types of the Chinese dragon include horned dragon, winged dragon, celestial dragon, spiritual dragon, dragon of hidden treasures, coiling dragon, yellow dragon, underground dragon, dragon kings. Each type of the dragon serves different functions. Chinese dragon is friendly, compassionate, optimistic, ambitious behavior and kind. It has water-based power and abilities to spit fire, command wind, float in the air with its flexible body, subdue bad spirits, and fight against bad karma. Lastly, Chinese dragon symbolizes auspiciousness, greatness, divine beasts of heaven and earth, power, regal authority.