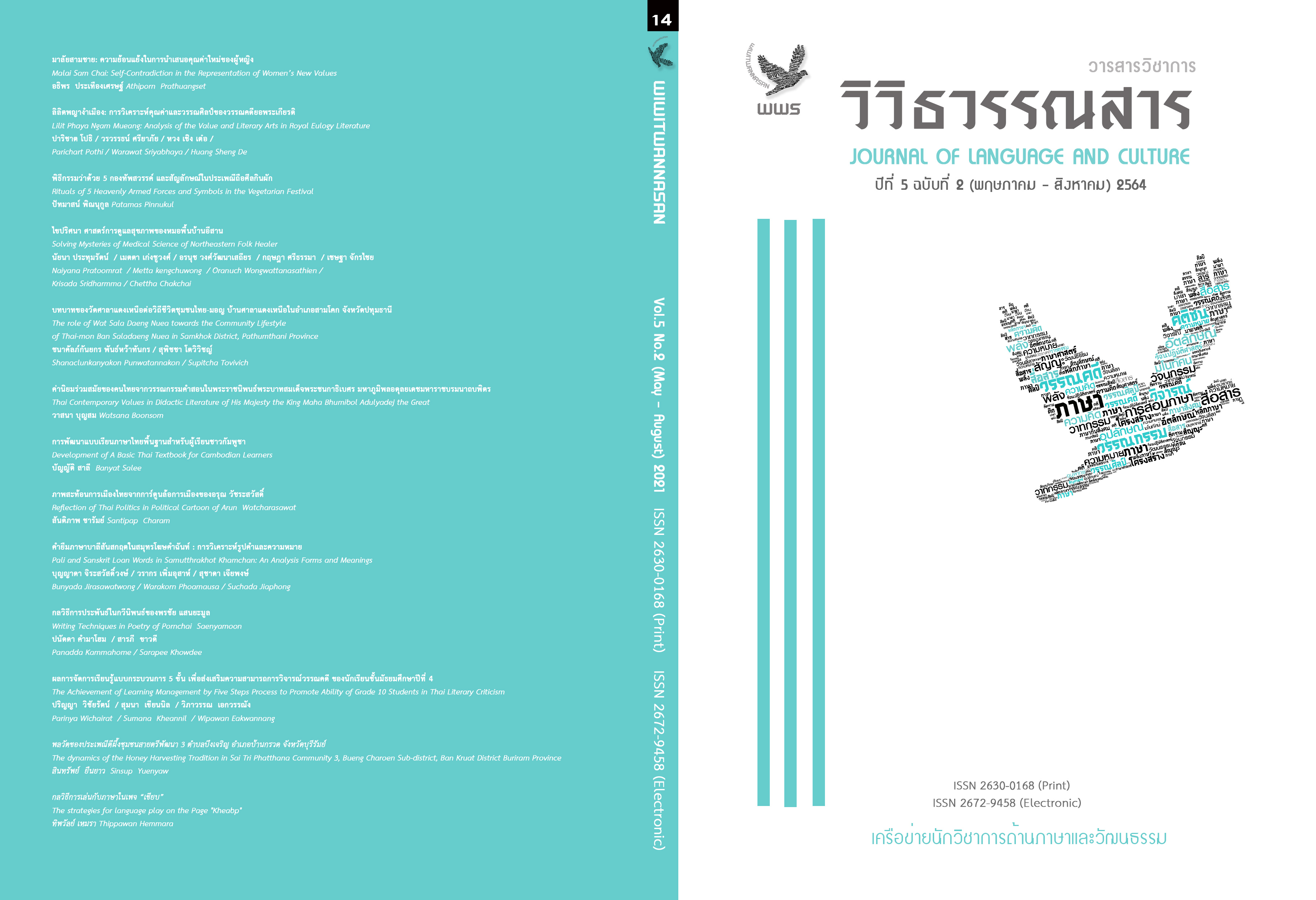 
The purpose of this research was to study the values of royal eulogy in
Lilit Phaya Ngam Mueang focusing on the composition of literary content and the literary arts. The study shows that 1) the composition of literary content in the Lilit Phaya Ngam Mueang was authored by Uae Maneerat, who is the Phayao native poet, totally in 263 parts of Lilit Suphap type in 1995. The aim of this literature is to eulogize Phaya Ngam Mueang and King Ramkhamhaeng. The writing language in the literature mostly uses the standard Thai words, but some are in the Northern Thai Dialect. In the point of theme and plot, it descrbes biography of  Phaya Ngam Mueang, and the main charactors are Phaya Ngam Mueang, King Ramkhamhaeng, and Nang Ua. Moreover, nature and culture are presented as the important scenes in the literature. Also, 2) in the literary arts, it was found that the poet uses two types of writing style. In the first one, the words style, the poet uses sound rhyme, repeating words, reduplicated words, and variation of tones, while in the texts style, the poet uses phrase, figure of speech, sentiment and poetic diction.