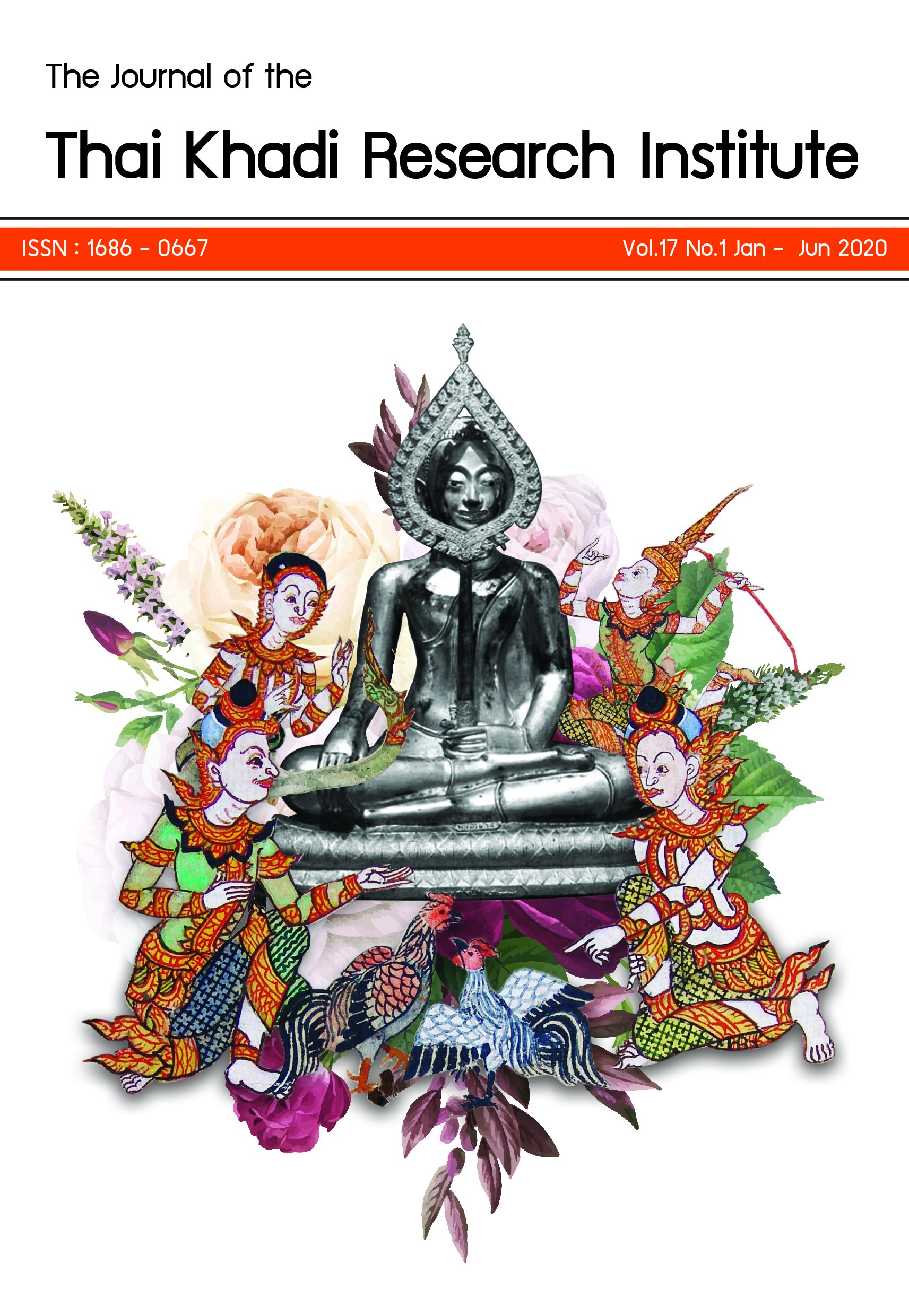 The Journal of the Thai Khadi Research Institute Vol.17 No.1 deals with research and academic articles in different areas of study, including the study of manuscript paintings that reflect locality and cultural changes in southern provinces in the mid-25th century Buddhist; the study of Maitreya statues produced in Rattanakosin period; a historiography analysis of an ‘unconventional chronicle’ written from a woman’s perspective; the analysis of Thai traditional music through the semiotic approach; and international dimension of inquiries into multiculturalism.

Paintings in Ancient Manuscripts ‘Sastra’: Formats, Folklores, Beliefs and Reflections of Culture in Southern Thailand during the 20th Century A.D. by Chutarat Chitsopa A study of paintings in ancient manuscripts known among people in the South as ‘Sastra’, meaning knowledge. Findings show that the manuscript paintings are the work of local artists who combined Western and traditional painting techniques, although those paintings are not as elaborate and realistic as the work of arts in the capital city. Common subjects for illustration are derived from literature, i.e. Ramayana, Sang Tong, Vessantara Jataka, etc. The composition of manuscript paintings bears some relationship to that of shadow puppets. Moreover, those paintings reflect cultural changes in southern provinces in the mid-25th century Buddhist under the centralization of the central government.

Connecting to Thainess on the Bridge of Audiences’ Experiences in Western Music, A Case Study of Thai Contemporary Music by Sarupong Sudprasert Based on his research through the semiotic approach, the author points out that Thai contemporary music, developed during World War II by adapting Thai traditional music to Western harmony, vocal style and musical instruments, is actually a vehicle of Thainess, should it be musical signs and symbols declining from Thai traditional music, the art of literary composition, the melisma, the singing, and the instinctive feeling of relaxed and simple lifestyle of the ‘water’ people, all of which are ‘Thai characteristics’. Therefore, listening to Thai contemporary music reflects the audiences’ perception on the existence of Thainess as well as its alignment with globalization.

Multiculturalism during Critical Time by Bandit Grivijitr As the world is ‘turning right’ the multiculturalism and identity politics developed from post-marxism have been increasingly questioned. The reason behind this lies on the fact that the political philosophy of ‘multicultural society’ should definitely lie on the basis of ‘politics of recognition’. However, behind the elegant mask of ‘recognition’ and ‘understanding’ of the states that declare themselves as liberal and cultural diversity country, the society may not actually recognize multiculturalism. A variety of changes in the modern world, including the inflow of Muslim immigrants from the Middle East to Europe, will possibly bring about hostility, fear and violence among people in the society who neither recognize nor have sympathy towards the disadvantaged, the underdog, the border people. On the contrary, those people are labeled a social burden and criminal problems. It is undeniable, however, that multicultural problems are partly the result of the development of conceptual framework that overestimates the values of multiculturalism.

In addition, this issue contains a book review of ‘Prem Regime: the Hybrid System of Thai Politics ’ by Adinan Prompanjai, and a report of special lectures on ‘The Royal Barge Procession on the Royal Coronation 2019’, organized by the Thai Khadi Research Institute.

It is hoped that the Journal of the Thai Khadi Research Institute will be a forum and mediation for dissemination and exchange of knowledge on ‘Thai studies’ that benefit the academic community and the general public as well. Any contributions to the Journal, either article submission or readership, are highly appreciated.

Paintings of the Book Sastra: Formats, Folklores, Beliefs and Reflections of the Southern Thai Culture during the 20th Century A.D.

Image of Phra Sri Arn Holding a Talipot: The Source and Form from the Evidence of Rattanakosin Sculptures

Princess Narinthorn Thewi: The “Unconventional Royal Chronicle” from Women’s Perspectives and the Changing of King Taksin Image in Thai History

Connecting to Thainess on the Bridge of Audiences’ Experiences in Western Music, A Case Study of Thai Contemporary Music