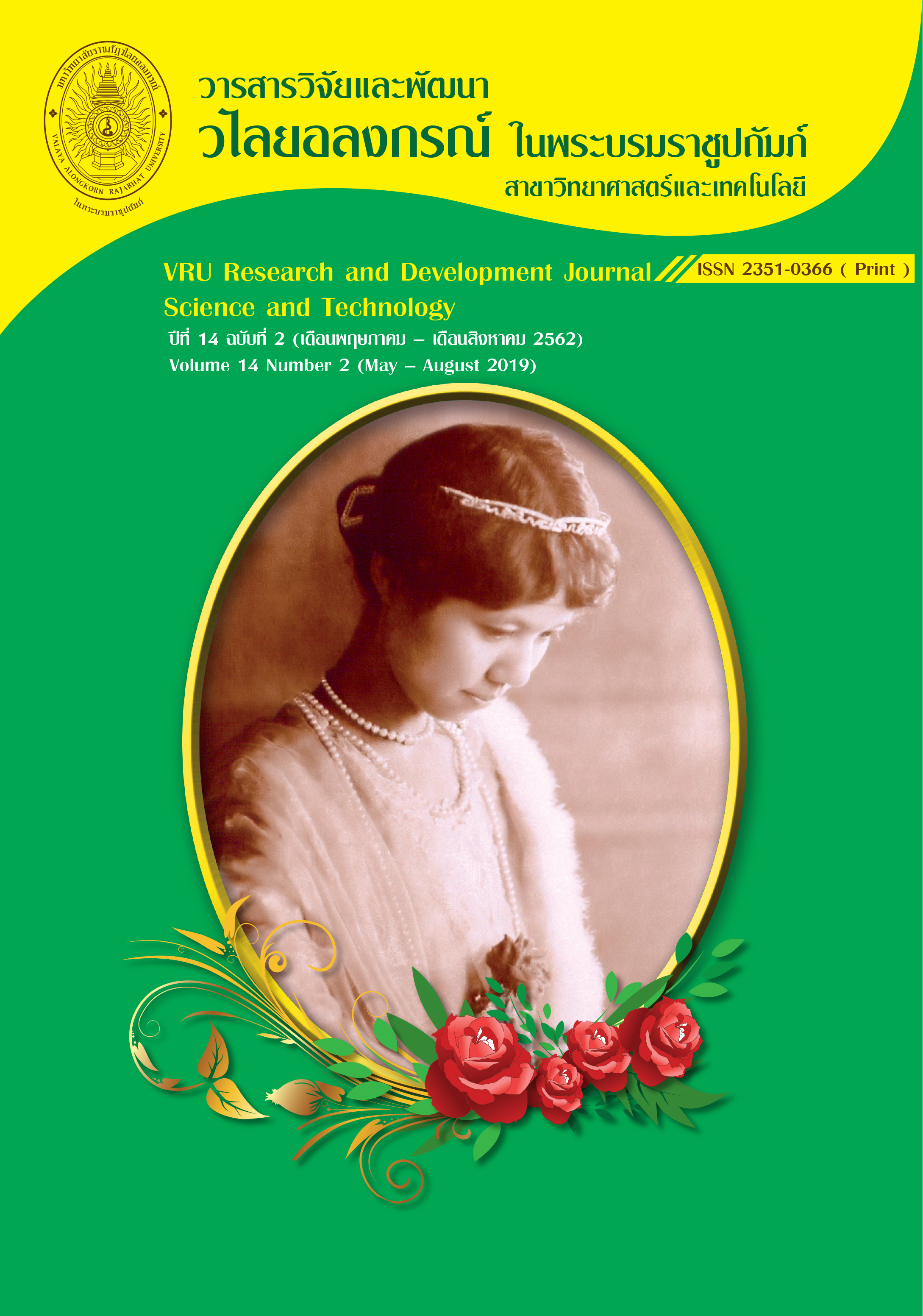 Valaya Alongkorn Rajabhat University under the Royal Patronage, Pathum thani is an educational institute that plants varieties of plant in order to shade, landscape and increase green space to the urban area. Moreover, the university has been operating on Plant Genetic Conservation Project under the Royal Initiation of Her Royal Highness Princess Maha Chakri Sirindhorn (RSPG) as an RSPG Coordination Centre. Consequently, there was the survey project of type and number of trees in the university in order to increase the fundamental information of plants that can be applied in other related fields. The method was a survey around the area and a study plant morphology for plant identification. The survey result demonstrated that in the university consist of the tree both planted and naturally grown 23 families 65 species. The kind of tree in FABACEAE was found the highest 13 species. The subordinate kind of plant was BIGNONIACEAE and MORACEAE that found 7 species. The exploration area was divided into 5 area. It showed that the area from the athletic stadium to the staff accommodation was found the greatest of tree species. The tree was detected 43 species from all 65 species. The entire area of the campus, Gloden shower (Cassia fistula L.) was a tall plant that the largest number found. It was found 447 trees because the plant was the university symbolic tree. Chinese banyan (Ficus microcarpa L. f.) was a medium plant-large that the largest number found because these trees are densely planted due to popular for fence and along the street. It was found 1,532 trees. The tree was capable of shading, landscaping and consuming fruit. Importantly, these plants were also a part of the various learning and teaching that related to plant and landscape. Furthermore, the plant was able to create a knowledge, understand and consciousness of plant diversity conservation to the people, staff and students in the university.