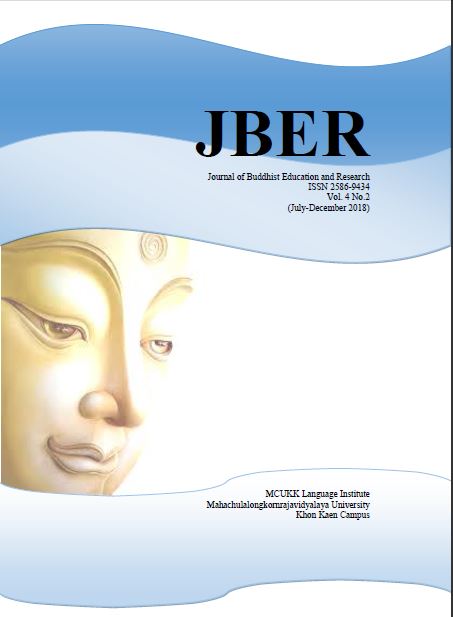 This research was based on an instruction of a course entitled, “Way of Life in the Sufficiency Economy”. The data obtained from the reviewing of related research document and fieldwork information were investigated by means of descriptive analysis. Since this research was conducted as a part of the instruction of the Way of Life in the Sufficiency Economy Course, the objectives of the research were to; 1) investigate learning achievements of the course, 2) investigate the course’ efficiency of the teaching materials, 3) evaluate the students’ satisfaction with the course instruction, and 4) study the course efficiency in transmitting the principles of the sufficiency economy.
Based on a comparison of the pretest and the posttest scores, the students’ achievement, based on their knowledge of the content of sufficiency economy, in the posttest score was 25 percent higher than the score evaluated in the pretest. On average, the five areas of the students’ behavior and qualification was found to be 20 percent higher in the posttest. The result gauged from the assessment form and learning record showed the average learning achievement in all of the five learning areas was at 90 percent, which was an excellent learning level. The efficiency of the learning medium (E1 / E2) was rated at 89/90 which was higher than the estimated standard of 75/75.
The participating students reported to have a high level of average satisfaction with the course instruction. The students’ learning achievement tested after community fieldwork was found to have positive change in all of the five learning areas. The students reported to be competent in applying the sufficiency economy into their daily basis. Additionally, the students reported to have a better attitude toward the course, while gaining a positive attitude toward and awareness of life and community.
With regard to the course management and the dissemination of the sufficiency economy, it was found that the course bridged collaboration between the Department of General Education and Rakkaew Foundation throughout the course of the project. The two organizations specifically worked together in; planning the target area, appointing prototype agriculturists, doing course planning (TQF 3), cohering the class activities with the goals set in TQF 3, planning the students' public presentation, evaluating the five areas of learning achievement, and giving back information to the community. Post orientation was conducted in order to obtain students’ feedback on the management of the class which would lead to the better administration of the course in the future. This research project was well-founded based on various learning principles including; Project Based Instruction, Community Based Learning, and Area Based Development Approach.